Director, screenwriter, poet, writer and film critic, Federico Mattioni studied at the University of Rome Tor Vergata and graduated in 2006 in the history of films.

He started writing short stories and poems from the age of 16, and in the following years He worked as a film critic in various magazines and magazines. Publishes the collection of short stories The wheel of life for Sovera Edizioni.

His short stories and his poems are published in various magazines. However, he still has time to try his hand my hand at aas well songwriter. He performs for 10 years in discos, pubs and piano bars. He has made a six-song EP investigating the universe of relationships between men and women entitled The perfect stranger, collaborating for distribution in synergy with several other musicians.

An alienated man wakes up from sleep and finds himself in a desolate city that he does not recognize, tormented by the presence of invisible entities. Through a series of hallucinations and visions he will discover who he is and where he is.

Federico Mattioni also participates in other directors’ projects as an actor and editor. He works on the creation and editing of the film Angelus Hiroshimae by Giancarlo Planta, collaborating for the soundtrack with Ennio Morricone and with the actor Franco Nero.

In 2016 Federico Mattioni made his debut film, About Astrid. A young 18-year-old girl leaves her parents’ home to wander into a surreal Rome. He is looking for the place of his dreams, the Enchanted Garden that will allow him to return to the beauty of childhood. It is a dimension, however, that seems to exist only in his imagination. Astrid will discover on her journey to the big city that she is destined for something extraordinary. A Japanese woman and a mysterious man she meets on her way will help her find her destiny.

Actress Nika Perrone is very expressive in her portrayal of Astrid as she tries to get rid of her existential problems and family conflicts, in a labyrinth that seems to have no way out. Astrid has fallen into the trap of despair and loneliness. But its rebirth, while blending with the elements of nature, is not far off.

In a tumult of conflicting feelings, the girl feels at times happy, at times lost, with no longer any point of reference. She bursts into tears as she prepares a sandwich to eat in her solitude. He realizes he has lost everything. But some characters come to his aid with a smile on their face.

A mime met on the street and a boy fond of Keats who decides to sit on his own bench in the park. The Eternal City, Rome, turns out to be a “great beauty” but also a difficult metropolis to live. A city that Astrid has never really known. The exploration of the city becomes the means of self- knowledge.

About Astrid is an escape, a departure from a city that has become oppressive and indifferent. The escape towards nature perhaps only imagined. Federico Mattioni remains faithful to his idea of cinema of the senses and manages to express in the images an almost sensorial perception of what Astrid’s character feels.

The film comes to life on two spatial-temporal levels: the past and the world of the imagination on the one hand, the present and reality on the other. Astrid suddenly finding herself becoming an adult, Astrid leaving her home, and Astrid starting an inner journey to find a new identity and a new place in the world.

With surreal photography and a fairytale tone reminiscent of certain films by Terence Malick and Federico Fellini, Mattioni makes a very particular film, with a personal language, which is absolutely worth seeing.

About Astrid it is subsequently inserted after its release in Italian cinemas in the archive of the National Film Archive. About Astrid also receives a mention for Best Editing at the TMFF in Glasgow and comes second for Best Film at the 12 Months Film Fest. The film was also selected at the Taranto Film Festival where it won the “Kate” award for the best female interpretation of the leading actress Nika Perrone, AdArte di Calcata, at the X edition of the ArTelesia Social Film Festival, at the Los Angeles Cine Fest and at the Indonesian Grand Prix.

In January 2019, her new film titled T undra, an original mockumentary, was released. Tundra is a love film towards cinema set in 2027, in one dystopian Rome with no more cinemas open and in full cultural and social degradation.

A director decides to document with his camera the search for a precious film capable of reopening old arthouse cinema abandonedand giving back to humanity The power of art.

A little girl and a young girl lost in the city, without landmarks and with memory problems. A Filipino detective, convinced that he is detective Charlie Chan’s stunt double, chases them, along with a strange femme fatale and a loser Lolita. The detective is trying to recover a film that contains a poem about the extraordinary power of cinema and art. Only by reciting this poem will it be possible to reopen cinemas, bring art back to the world and save humanity.

The detective discovers that the little girl and the girl are also looking for the magical film: they are headed to an underground film club where a wise tutor keeps the film of the magical film he is looking for. A journey begins among old disused cinemas, neighborhood cinemas that have now become Multiplexes, home to banks, Bingo halls and hotels.

A gallery of strange and grotesque social outcasts have camped on the street near abandoned cinemas, as if they had survived a terrible catastrophe. Eccentric and angry characters who give life to forms of protest and artistic manifestations.

Themes and style of the film

Journey to suburban Rome, where a humanity in crisis in search of redemption lives. A film about everything that is precious but becomes waste and remains marginalized, Tundra by Federico Mattioni is also a gallery of characters inspired by different genres of cinema history, from detective, to femme fatale, to suburban bully.

Inspired in part by theFrench avant-garde of the 1920s, in part by the film noir of the 40s and in part by the 60s, Tundra is a very unique document, which tries to touch the sensitivity of the viewer on the importance of art for being. human, in a society where profit, consumption and mass approval seem to be the only way of life.

The film brings with it the real data. Since 2000, over 40 cinemas have been closed in Rome in recent years to make room for Multiplex, banks and businesses. The tundra is the desertification and cultural freeze in which we are inexorably remaining prisoners. A cold and foggy landscape where you can’t see the exit. The art no longer has any importance while the slot machine is fundamental.

The film enters the archives of the Macro Museum and is selected by Fuori Norma, the review dedicated to experimental independent cinema by the famous critic Adriano Aprà, entering the selection of new independent Italian works considered to be of value and innovation.

In August 2020 he writes and directs his first short film based on a literary work. This is The Shout, loosely based on the homonymous story by Robert Graves.

A young aspiring scientist, who manages to have shared dreams with his wife, and a man with paranormal powers decide to meet in the mountains of central Italy to take a parapsychology test. The man claims to be able to kill with the force of one of his screams.

He then writes two literary adaptations: The Revealing Heart from a short story by Edgar Allan Poe and Marroca by Guy de Maupassant. He is currently engaged in writing and developing several screenplays for new feature film projects. In the meantime, he has finished the making of his new film Occupied House, a work in balance between mystery, supernatural thriller and gothic-romantic cinema. Occupied house tells the story of a love that goes beyond the boundaries of earthly life. He is also involved in the preparation of the new feature film, Drankul, a grotesque erotic and existentialist reinterpretation of a Charles Bukowski-style prince of darkness.

Of love and other momentary resources (2020) 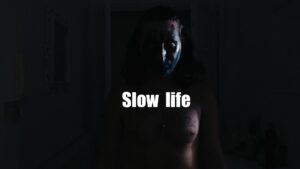 Slow life: a quiet holiday against the stress of the social gear 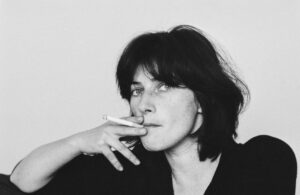