Born in 1881 Fernand Leger is one of the most important directors in the history of cinema. He began as a draftsman for an architect’s studio in Paris in 1903. He was a very eclectic artist, creator of tapestry and stained glass cartoons, decorator, ceramist, sculptor, draftsman, illustrator, costume designer, set designer.

Son of a Norman breeder he manages to move to Paris where he is admitted to the Ecole des Beaux-Arts and attends the Julian Academy and the Louvre. In 1911 he exhibited the painting Nudes in the forest at the Salon des Indépendants together with other works by his colleagues Robert Delaunay, Albert Gleizes, Henri Le Fauconnier, Jean Metzinger. The debate and controversy that spread the term cubism was born. The evolution of Fernand Leger’s style is fueled by the lively Parisian artistic climate: he is inspired Impressionism, the Fauves and the paintings of Paul Cézanne,

Around 1907 founded Cubism.Fernand Leger joins Picasso and Braque. He shares with them the rejection of imitation, of the feeling of the subject in favor of the ordinary object and of the living artifice against still life. Fernand Leger prefers primary colors to cylindrical conical curved shapes.

With the painting The Woman in Blue, presented at the Salon d’Automne in 1912, Léger experiments with abstract art, where the characters become still lifes, houses and trees. This research reaches its peak in the long cycle of the Contrasts of Forms, between 1913 and 1914.

When the war breaks out, Leger is called to the Front. He is gas poisoned in the battle of Verdun. During his convalescence he studies cubist forms and the popular world of industries and work: Leger transforms himself into a sort of “builder”.

His goal is not to create a functioning engine, but to insert the mechanism into an aesthetic flow and forms. In these works the human presence is not present, the protagonists are the machines, symbol of the work of man, of technology and of the new century.

This method of artistic production is linked to the theories of futurism, according to which the new avant-garde arts had to eliminate the human subject and the introspection of the inner world with the rhythm and shapes of mechanical objects. An art inspired by the principles of mechanical physics.

After the war he recognizes himself in that mechanical aesthetic that sees various developments throughout Europe. In his paintings, the everyday serial object made into a spectacle of the art of shop windows in advertising posters, in department stores, takes on a life of its own with automation and is exempted from its instrumental value. It is celebrated for its aesthetic qualities as an object and as a spectacle. The human figure, when it appears, finds itself equal to objects and confused with them.

The works of Fernand Leger

Ballet Mecanique represents an avant-garde film that is the fruit of this artistic research. In 1924 Fernand Leger already knows cinema and is fascinated by it. Already before the war he attended the cinemas of Paris with his comrades of the avant-garde. He is struck by Charlot’s Charlie Chaplin attends the meetings of Ricciotto Canudo.

In 1919 for his friend Blaise Cendrars he designed a book The end of the world filmed by the angel of notre-dame. In 1920 he made several tables for a Charlot. It is a filmic poem but also the project of a missed film. He then creates a puppet by assembling colored wood in view of an animated film: Charlot cubist, another missed film. The puppet is recycled for the prologue and epilogue of Ballet Mecanique.

In 1922 he designed sets and costumes for Swedish ballets. The film decisive Roue (1923) by Abel Gance, whose poster he designed, was. Fernand Leger wrote on that occasion, collaborating on the affiche of the film: “Close-up, fixed and mobile mechanical fragment, projected at an accelerated pace, which reaches the state simultaneously and which crushes, eliminates the human object.”

While preparing Ballet Mecanique Fernand Leger sets up a scenography for Futurism in 1924, by Marcel l’Herbier. He deals with the creation of the laboratory of the protagonist, the engineer Norsen with a cubist style close to his mechanical paintings.

He creates the accelerated montage of the final sequence of the film experienced in La Roue, and here taken to excess. Thus the L’Herbier film turns out to be the extended version of Ballet Mecanique, the Leger film is a synthesis of Futurism.

Fernand Leger forbids himself to tell a story. In Ballet Mecanique it shows a dramatic action or a documentation of reality. The absolute protagonists are the objects and the rhythm. The film has a 7-part structure. In each of them appear objects of common use and mechanical elements without depth, framed in close-up.

They are fragments of machines, tools, multiplied with prismatic images, associated according to materials and by analogy and contrasts of shapes. The object loses its utilitarian value and acquires plastic value. In 1923 Leger can boast of being the first to have been able to draw from the modern mechanical element of pictorial achievements.

Now with cinema, the mechanism par excellence, it can give movement to its mechanical elements. The cubist decomposition of the object in space finds considerable support in the duration of the shot and the rhythm of the montage. Cinema gives dynamic beauty to the object according to the law of mechanical rhythm. The internal rhythm, with the assembly of static objects, imitates the external rhythm until it becomes hyperkinetic.

Cinema is the most adequate means to reproduce fast modern perception. Ballet Mecanique is produced in close collaboration with an American operator Dudley Murphy. Katherine Murphy and Kiki de Montparnasse appear in the film. Her eyes are drawn, her lips too. Some shots were made by Man Ray. Caledoscopic images are an Ezra Pound invention. George Antheil composes the soundtrack of the film. Ballet Mecanique has been remains several times by Fernand Léger.

The style of Fernand Léger

In these years of activity Fernand Leger reaches the extreme simplification of forms. There is no longer any reference to external reality and the shapes are transformed into uniformly colored spaces illuminated by a full light.

Fernand Léger’s art is not the result of improvisation but of careful and long planning, supported by rational studies and reflections. Léger starts from a series of drawings and projects and works out the possibilities, before creating the final version of the work. 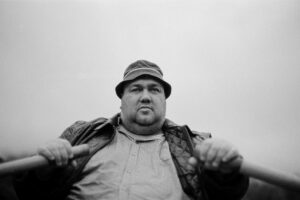 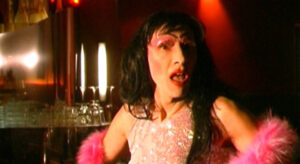