Also to save costs for the acquisition of the rights to a novel, Orson Welles chooses the masterpiece of literature Franz Kafka’s The trial, out of copyright, to realize in 1962 the his new film. The director has chosen many times throughout his career to adapt major novels, particularly Shakespeare’s classic texts. Orson Welles’ trial remains from the narrative point of view quite faithful to Kafka’s novel, but visually and symbolically acquires very personal meanings. For many it is undoubtedly a cult movie.

The novel deals with universal themes of fundamental importance: the difficulty in understanding the meaning of life and of our faults in an ambiguous and sick social mechanism. The protagonist Joseph K is played by Anthony Perkins, just two years after the great success of Psycho. The rest of the cast includes Jeanne Moreau, Romy Schneider, Arnoldo Foà and Orson Welles himself.

The trial, the plot of the film

As he wakes up in his apartment and prepares to go to work, two strange individuals who look like policemen arrive at Joseph K.’s house. The two accuse him of a crime they cannot disclose at the moment, and arrest him. . For the moment he will not be put in prison but must appear before the supreme court to be tried. Joseph is free to go to work and sort out his files, after which he reaches the courthouse.

Arriving in the courtroom he proclaims a speech against all the judges: according to him it is a plot against honest people, under the pretext of incomprehensible and not demonstrable crimes. In the labyrinthine court he meets a series of shady and corrupt characters, Women used as bargaining chips, men succubus to justice who support its underground mechanisms of corruption. He then decides to turn to the lawyer Hustler to look for a way out: but he too turns out to be a negative and corrupt character.

Joseph K moves in a labyrinthine, surreal and anguished world, trying to understand his guilt. But no one, not even the cops, the court, the judges and the lawyers seem to know about it. The judicial and bureaucratic system is a monster that advances on its own and destroys everything, without being accountable to men and society. The two policemen, servants of the bureaucratic mechanism, will have no human pity for Josef K until the end of the film.

The style of the movie

Orson Welles has repeatedly stated: “The Trial is the best movie I’ve ever made.” And we agree with his opinion. The Trial is a cinematic masterpiece, a visually and rhythmically extraordinary film, arguably his finest film. A labyrinth of rooms, spaces, buildings and corridors, as in the labyrinth of the Fourth Estate. In the process, however, the influence of twentieth-century expressionist art becomes profound. The deformed spaces and the visionary gaze of the director makes us think of the symbolic film of expressionist cinema, Doctor Caligari’s cabinet, and of Fritz Lang’s films as M, the monster of Dusseldorf.

As in his other works, Orson Welles uses wide-angle images and depth of field, often shoots the characters from below or above, moves the camera over large spaces that acquire universal symbolic value. An imposing scenography and a photograph of sharp light and shadow reduce the character played by Anthony Perkins to a small being trapped in the monstrous mazes of power.

Josef K is an alien catapulted into a world of incomprehensible characters without humanity. A world that he absolutely fails to understand and that probably leads him to think that the problem lies in himself. K comes to doubt that he is a normal person and without blame, the monster could be him and not the world around him. Maybe the problem is just that he is unable to understand it.

The rhythmic scan of the film’s editing is perfect: it begins slowly, with sequence shots that take us little by little into a mysterious story and its details, accompanied by the solemnity of Albinoni’s Adagio. The speed gradually increases, but relentlessly, as we approach the finish, just like the mechanics of the bureaucratic machine, like an avalanche that gets bigger and more powerful as it comes down the mountain. Albinoni’s Adagio and the narrator are ingredients that further enrich the universe of the film.

The Orson Welles Trial is a great work of art that transcends cinema to mix literature, expressionist art, musical rhythm and philosophy as has happened few other times in the history of cinema. It’s probably the same I can Welles said a truth that many others didn’t want to accept: “The Trial is the best movie I’ve ever made.” Faced with the law represented by the lawyer played by Orson Welles himself, an imposing figure framed from below, the common man Josef K. looks like a helpless little being, framed from above and crushed by the camera.

The trial of Orson Welles: reflections on the film

Immense spaces in which man is like an ant that moves along with thousands of other ants. The large offices filmed in Welles’ trial are spaces of alienation and mass homologation. The interpretation of the law created by Kafka’s men is timeless, because it affects the absence of his reaction. In 5000 years of human civilization the laws have changed continuously, they continue to change even after a few years. What was a life sentence a few decades ago is now totally legal. Governments and legislative bodies lack something fundamental that determines the stability, value and immutability of the law.

Until a few decades ago, blacks were prohibited from accessing areas of the city of white men by law. Racial laws, product prohibition laws, on the other hand, are now perfectly legal and advertised in all media. Reads from more distant times that admitted accusing normal people of heresy and witchcraft, as in the film Haxan, witchcraft through the ages. Laws still in force today that allow things and behaviors that are harmful to humans and the environment, things that should be strictly prohibited.

The trial of innocent men

For 5,000 years, human law has been applied in a completely arbitrary manner, depending on the time, place, uses and customs of a people. Kafka has an eternal theme to do with it: the ambiguity of value and corruption in the context of human laws, fragile and permeable to any aberration. Man is the creator of mechanisms that don’t work, or work very badly. He completely lacks a wise and spiritual vision, a superior agreement that directs the law and rules of society towards higher values: love, truth and beauty.

In one scene from the film we see some people in the waiting room of the courtroom, about to be tried by law, naked and with a serial number attached to their necks. The reference to Nazism and all totalitarianisms is evident, but there is something more. Orson Welles creates a strongly symbolic and universal image that shows us in a few seconds how man, through the mechanisms he himself created at the highest levels of power, understands himself as a simple physical body, a piece of meat to be branded. , number, like a box on a supermarket shelf.

Innocent men and women are persecuted by men in power without an ethical vision who create absurd values ​​and laws. Like Orson Welles, several years before filming The Trial, he was blacklisted in Hollywood, suspected of anti-American activities. It was the so-called McCarthyism witch hunt that persecuted, often without any foundation, personalities of American culture and entertainment suspected of communist activities. Orson Welles, disgusted by these absurd American laws, left the United States in 1948 and only returned in 1956.

When he had the chance to direct a new film, his attention was attracted by the story of Josef K, The Trial, which reflected that humiliating experience of his life and which gave him the opportunity to strongly replicate such a petty political vision. .

The Hollywood blacklist was a list of artists who were barred from working explicitly or covertly for many years because they were suspected of being members of the Communist Party of the United States. On November 25, 1947, the first list of directors and screenwriters accused of anti-American activities was published. By June 22, 1950, the “red dangers” identified by the US government had become 151.

Among these were also actor Humphrey Bogart and director John Huston. There were a series of hearings and trials, in which the main question was always “Have you ever been part of the Communist Party?”. The aim was to extract information from other Communist sympathizers. A real attitude of capitalist totalitarianism that did not admit different ideas, with consequences on the career of the suspects until the early 1970s.

The process is therefore an important film not only for its artistic value, but as an instrument of denunciation of aberrant political and legislative visions, which have continuous historical courses and recourses. A crucial theme explored by Kafka in his novel The Process, which will probably continue to interest and directly involve future generations as well.

But obviously one wonders: why has this been happening for more than 5000 years? Because all attempts to improve the law are always limited and ineffective, and produce new aberrations? Answer: because a spiritual vision based on positive values is lacking, and man is seen by those who make the laws mainly as a physical body, on which to put a label with serial numbers, an object that must function within a gear.

But even the gear, society, is a purely mechanical mechanism, a mechanism that completely ignores the spiritual agreement by which all things in the world move, develop and regulate. The agreement by which all things obey a few basic laws: love, truth and beauty. Read therefore that do not look at material facts and scientific demonstrations, but which take into consideration the soul of individuals. 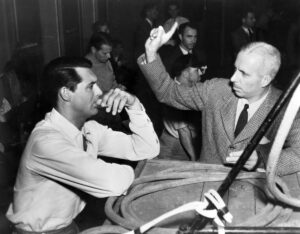 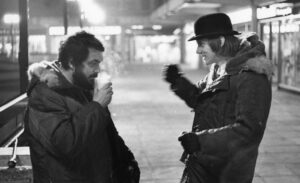