Georges Méliès was among the most important directors of all time and perhaps the most extraordinary and mythical character of the origins of cinema.It was he who invented the first tricks of the cinema such as the disappearances, the fades and the coloring of the film. From a certain point of view it could be said that the first use of montage is also the work of Georges Méliès.

His life is no less cinematic than movies. Passionate about magic shows, he runs away from home to escape the pressure of his father, a shoe trader, who wanted to persuade him at all costs to take up a “normal” profession.

He moves to England where he studies with the magician David Devant and hones his ideas for his future shows. Back in Paris, he starts performing in the prestigious Houdini theater, of which a few years later he even manages to become the owner.

Shocked by the cinema

Méliès is literally struck by the screening of the Lumière Brothers on 28 December 1895 at the “Cafè des Capucins”. He wants to use the cinema at all costs. After the screening he approaches the two brothers to ask to buy one of their cars but the two men refuse, saying that they are not for sale.

Méliès then contacts one of his trusted engineers and begins the personal construction of his own version of the Cinematograph. He has no doubts that cinema is the means of expression that interests him most and is willing to make any economic sacrifice to get it.

Having made the device, Méliès ventures into the making of some documentary films inspired by the genre of the Lumière brothers. But shortly thereafter he begins to use the film medium in a different way. He begins to study the connections that can exist between cinema and magic. He begins to use the makeup of the disappearance and to explore other territories of expressiveness with the short film “Escamotage d’ une dame chez Robert-Houdin “.

The disappearance is one of his most famous inventions. He tells Lumiere who discovered it while he was in the Piazza dell’Operà in Paris doing some rehearsals. The camera jammed and he managed to restart it a few minutes later. When he saw the film again impressed he noticed the disappearance of people, buses, carriages that were transformed into something else, due to the jam of the sliding of the film.

The disappearance trick is used by Melies in many of his films. Sometimes in a grotesque way. In the first short film in which he uses it, he makes a woman disappear to make a skeleton appear in her place. It was basically the step-one technique that would be used in animation cinema.

To contribute to the mythical aura of Georges Méliès was his being an artist and artisan of cinema at 360 °. Histrionic interpreter, creator and director, creator of special effects and builder of a unique soundstage in his garden house on the outskirts of Paris. A soundstage made entirely of glass, built in a specific position to make the most of the sunlight.

Inspiration for a large group of people who were infected by his enthusiasm. Costume designers, set designers and technicians who created very daring things for his films for the time. In some short films complex gadgets and animated machines are used that interact with the actors. Tunnels, changing houses, labyrinths and gigantic monsters that engulf the characters.

Some creations, like the ice monster in the movie “The conquest of the Pole“, are very reminiscent of carnival floats, they moved through hydraulic or mechanical mechanisms.

After building his studio, Melies works tirelessly and reaches the figure of about 500 short films distributed all over the world. His films tell of explorers, adventurers, conquerors of impossible worlds, monsters and other fantastic characters. They are films that take us to an absurd and unreal universe. It is the invention of fantastic cinema, a fantasy world that will be more successful than reality films. The main vocation of cinema seems to be the dream.

The conflict of reality cinema with fantasy cinema seems to always remain present. Different schools of thought will alternate over time, each time preferring one or the other. Subsequently, television will seem to take the place of cinema to tell reality. Many recent film movements have tried to refocus their gaze on the cinema of the real during the history of cinema.

Trip into the moon

The film that consecrated Méliès’ success was a Trip into the moon. The public at the time had never seen anything like it: at the entrance to the shows many people thought they were being teased. Instead, the success was enormous. The film was shown all over the world and several directors made remakes. Cinema had discovered its vocation to show the inner worlds of the imagination.

After his great success Journey into the Moon, Méliès begins to expand his cinematographic works beyond magic and technical tricks, telling historical events and current events. But Georges Méliès’ weak point was probably the entrepreneurial aspect.

While the world around him was evolving in the direction of an industrial cinema for the masses, Georges Méliès instinctively continued to create films and sell them individually, without realizing that the rental formula would be much more profitable for him and would brought earnings from the showing of films all over the world for a long time. He sold his films of him individually for a fixed amount and passed all his rights to the buyer, without time limits. Those who made big money from Méliès’ films were these buyers and not Georges Méliès himself.

Melies was part of that category of brilliant artists, inventors, interpreters and innovators who, however, do not know how to integrate wise entrepreneurial management into their business. He was an instinctive who felt within himself the sacred fire of art and continually needed to create new things. But he was not interested enough in the evolution of the film industry from a commercial point of view.

His film production company, Star film, went out of business. He had to sell the Houdini theater to pay off the debts. He met again by chance a former actress of his Jeanne d’Alcy who managed a kiosk in a Paris station. The two got married and Georges Méliès ended up selling toys in the Montparnasse station. Even his films, after all, were beautiful toys that made adults feel like children again. 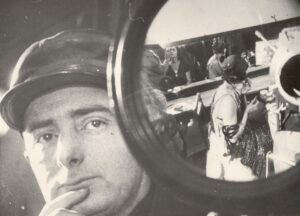 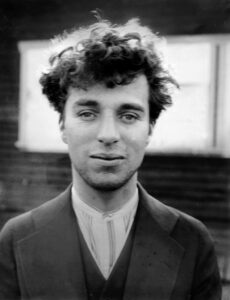 Charlie Chaplin: the tramp who becomes the biggest Hollywood star 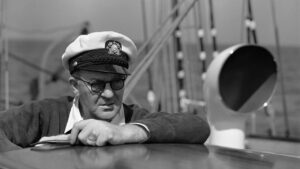 John Ford, the masterpieces of the western and the myth of the American foundation