Lightning by Manuela Morgaine is an experimental movie – documentary, a 4-hour “monstre” film, Lightning explores in a deep and poetic way the mythologies and phenomena related to lightning, connecting them to human energy, to love, eros, melancholy, healing, dance.

Interview by Silvia Tarquini, in collaboration with Alessandro Poggiani

Before Lightning you did theater, literature, you dealt with visual arts …

I have been a writer for many years, I have directed or a theater company, which I still have, called Envers Compagnie, with which I do performances. Now I am also a visual artist, I often work on the radio, and with France Culture, so I have always worked with lyrics, voice, image, language, even sculpture, which is very important to me.

Perhaps Lightning also comes from the attempt to put all these forms together, from the combination of all these arts which, in my opinion, spoke in too closed a way.

I was looking for a total art form, in the Wagnerian sense. In the cinema you can play music, you can do Opera, you can do Theater, you can write, you can work on the image, on the performance, you can do everything.

Even the radio … the whole sound band of Lightning was made on the radio, where I had friends and so I was able to record professionally because I didn’t have the means to bring a sound engineer to the set .

There was no one on the sets but me and my camera, I redid all the sound on the radio at a later time. In Lightning there are all the means with which I had worked in previous years.

How did you actually get into cinema? Have you made any tests, any attempts?

I’ve made nine films. The first started from a text by Marcel Schwob, a not very well known French author. It was a 16mm black and white film, from 1994, when I was a scholar at Villa Medici, a cinematographic poem.

Then I did Va , a tribute to Casanova’s escape from the Piombi prison, an ambitious 22 ‘film: a silent part and a part performed live, a performance, with a noise-maker in front of the audience.

It was a cineperformance, both cinema and performance. Then I made A l’Ouest – On the Wild Side , a journey to the West of the United States, a very classic documentary about four American visual artists.

It’s a movie about oracles, because I’ve been working for over twelve years, based on a performance of mine called Orakl . I went to all the oracular places in the Mediterranean – Cuma in Italy, Didyma in Turkey, Delphi in Greece – and I also did a research on why in the world these places were chosen to do oracles. 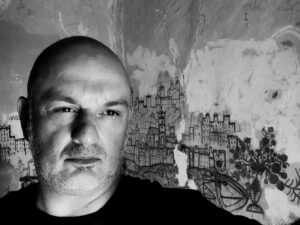 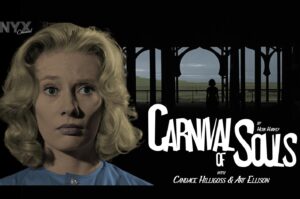 Carnival of souls, a cult horror of the 60s to be rediscovered 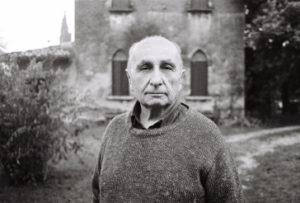