What is the Panopticon?

The panopticon is an architectural structure designed by Jeremy Bentham at the end of the 1700s. It is a large circular construction designed to have control over the criminals or mentally ill locked up in the cells scattered around the circumference of the structure. A single guard in the center is enough to check all the prisoners, while the prisoners cannot see anyone other than the guard.

Knowing the principle, the philosophical and social idea behind an invention is an in-depth study that can reveal interesting prospects for personal growth. Let’s see what are the “thought forms” that are hidden behind the architectural construction of the panopticon.

The fundamental principle is that of separation, isolation: the prisoners do not communicate with each other, they cannot look at each other, they cannot cooperate even with their gaze and therefore they cannot organize any kind of revolt or evasion. The prison facility would need dozens of guards to control all the prisoners, but with this architectural form only one man is enough, who remains constantly at the center of the gaze of hundreds of prisoners.

The cells have two windows: one faces towards the center and the other towards the outside. In this way the light passes through the cells and makes the inmates sharp figures against the light, clearly visible to the guard. The panopticon is reminiscent of Plato’s idea of ​​the cave. The prisoners are constantly monitored but have no way of observing around them, they are separated from the other inmates by thick walls.

What is the panopticon used for?

This allows you to maintain order and control in the structure. Keeping individuals separate means zeroing out every possible collective energy, every possible interaction. The continued and univocal vision of the guard, without the possibility of looking at anything else, slowly causes a sort of hypnosis and unconscious submission to power. A dystopian idea of a society of continuous control, the one that years later would inspire Orwell’s 1984 novel: in the panopticon the prisoners abandon any hypothesis of liberation.

With the rise of industrial society, the number of factories and workers was constantly increasing and it was difficult to manage these structures. The English philosopher Bentham then thought that the panopticon could be applied not only to prisons but also to industries, kindergartens and schools. An idea of homologation and control applied to the masses.

Panopticon: the architectural form of the society of control

Bentham’s proposal for social control, contrary to what one might think, aroused great interest in the British government. British politicians and officials were enthusiastic about the idea: to be able to exercise control over a large number of people with few managers: to transform the various social structures into a kind of horse circus sheds, where the people to be controlled are on the circumference.

In the following years the British government built a prison in Millbank, according to the principles of the Panopticon. The investments were huge and the expectations were high but the project was abandoned because after some time the inmates developed mental illnesses: schizophrenia and mental dissociation. They were consequences of the stress they were subjected to in being watched and monitored around the clock, the total deprivation of privacy.

French philosopher Foucault said that “visibility is the trap of modernity”: the panopticon guarantees the automatic functioning of power with minimum effort. In his writings Birth of the Clinic, of 1963, The Order of Discourse, of 1960, and Birth of Prison, of 1975, Foucault speaks to us of the idea of ​​the panopticon as something fundamental in the modern age: knowledge and the quantity of information equals the amount of power. Knowledge is not something theoretical and passive but it is a concrete action that takes place in reality.

It is the practice of observing the world around us. An observation that to produce its fruits should be followed by reasoning, deduction, action and the will to improve. Foucault interprets the development of human history through the instrument of control, in each epoch the control is applied with a particular technique suitable for that particular historical moment. The panopticon thus becomes the perfect image for the representation of knowledge and power through technology, a kind of general model of archetypal functioning of social organization. In the panocticon we can clearly visualize the power relations that we find everywhere.

But the panopticon is not just an architectural idea: before it there is a philosophical idea, a thought form to exercise control over people. The principle of the panopticon is that the guard in the center can see everyone, but the inmates all see the same thing: the guard. The principle of modern propaganda in which we live is exactly the same thought form: we are individuals who are less and less able to communicate with each other, to interact. Isolation and suspicion are widespread on every level.

For example, if a stranger stops you on the street and tells you with a smile on his face that he would like to be your friend, you will probably think he is crazy, that he has some sneaky plan for you. If someone enters a company and offers their collaboration because they need a job, they will probably be kicked out: you have to make an appointment, submit a resume, pass the selection: you have to respect the procedure. You also have to compete with other candidates and win the job up for grabs. The whole process has as its objective the separation, isolation and competition between people: mors tua, vita mea, the Latins said.

All social and power structures seem to have worked for decades and decades with only one goal: to isolate individuals and cancel that communication and that communion of purpose which was the greatest wealth for the development of civilization. What the individual can do in the panopticon is only to look at the champions proposed by propaganda: sports champions, movie stars, great personalities of culture, politics and society. Cups, prizes, scrolls and laurels of all kinds that reward the unique champions who are the only possible point of reference.

Who are we really?

So who are we really? We are not champions of anything, we absolutely cannot compare ourselves to the personalities proposed by television, we are not sports champions, nor movie stars. We are not the wealthy private jet entrepreneur who is a national role model. The only thing we seem allowed is to try our luck with a lottery ticket. So the world is so extremely competitive and we are total bankruptcies?

Fortunately, this is not the case at all. The truth is that the unique samples proposed by propaganda, which we are forced to watch from our cell in the panopticon, are worse off than us. Their degree of separation and isolation is irreversible. The modern panopticon is a screen that speaks one way: it can be a television screen or a cinema screen, the pages of a newspaper or a shop window. But the point is this: whoever is behind the screen, the guard of the panopticon, is in an irreversible process, or in any case in a situation from which it is very difficult to get out.

We, on the other hand, can leave the cell at any time. Just turn off the screen, stop focusing on that spot, and look around. Around us we find the others who have come out of the cell like us and are ready to cooperate, to build civilization. The others who have abandoned the unique champions as a role model, who have risen from the sofa, have turned off the TV, and are rolling up their sleeves to start cooperating. The guard, the champions, the propaganda models remain prisoners in a much larger cell: their cell is the entire panopticon.

Giuseppe Russo is a rather normal employee of life: he has a stable job, a wife, a nice house, and he likes to always buy the same products at the supermarket. But thanks to the appearance of a strange tramp who gives him VHS tapes, where someone has filmed him in the different seasons of his life, the suspicion that there is something mysterious and mysterious creeps inside him. The film is a reflection on the digital control society in which we are immersed and on the creeping inner conditioning that determine the course of existence. 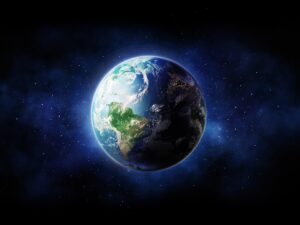 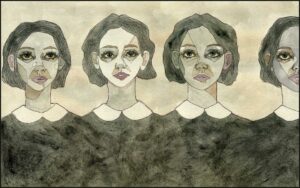 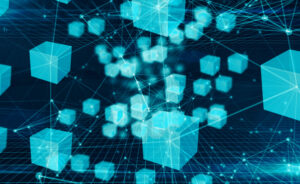