Before moving on to the list of the best films to watch about the most famous private detective in the world, let’s take a look at how the literary character of Sherlock Holmes was born, his author, his story.

The books of Sherlock Holmes

Sherlock Holmes is a literary character of mystery stories created by Arthur Conan Doyle at the end with the novel A Study in Red of 1887. He is one of the most famous private investigators in literature, theater and cinema. He is presented as a man of 60 years of age with a penetrating gaze, an aquiline nose, an alert and intelligent expression. The character’s past is not told by Doyle, except for brief hints. He has a friend who always accompanies him on his adventures, Dr. Watson, met while he was looking for a roommate to share an apartment. who tells the stories in the first person.

When did Sherlock Holmes die?

Sherlock Holmes marked Doyle’s career as a writer, who decided to end the fiction series with the book The Last Adventure, causing his character to die in a duel. But later the writer, due to the great success and the public’s request, was persuaded to write more novels starring the now famous detective. In The Hound of the Baskervilles, Doyle sets the tale in the years leading up to the investigator’s death,before bringing him back to life in The Adventure of the Empty House, inventing the fact that for three previous years Holmes hid to become an agent. British government secret.

Where did Sherlock Holmes live?

Holmes is a profound connoisseur of the London criminal world and has numerous informants who help him solve his cases. Holmes owns a hound dog, who is sometimes instrumental in solving mysteries. He does not believe in magic and the irrational, he is not based on actions inspired by faith and he does not explicitly profess any religious faith: he prefers the rational and scientific verification of facts and proofs. He is probably an atheist.

221B Baker Street is the address of London residence Sherlock Holmes’ in all novels written by Arthur Conan Doyle. Finally, after a long career, Holmes retires first to Sussex to study beekeeping, then to a farm near Eastbourne, devoting himself to philosophy and agriculture, not before having helped England during the First World War as an agent of the government. Holmes has a literary and philosophical interest, he cites the Bible, Shakespeare and Goethe, he attended university and later left without graduating. He has written a naval treatise and one on tobacco, knows the art of fencing, boxing and various oriental martial arts.

Sherlock Holmes’ only real friend is Watson, he doesn’t trust anyone else. He is not a seducer and he is not particularly attracted to women and amorous adventures that distract him from the clarity and logic necessary to solve mysteries: his private life is almost non-existent. He has distrust of Scotland Yard and Inspector Lestrade. Sometimes he falls into depression and uses hard drugs such as cocaine. In subsequent novels, however, he will only keep the vice of the pipe. Sherlock Holmes is a rationalist and a scientific method for solving his cases: he observes and collects evidence and then makes deductions.

William Gillette was one of the first interpreters of the detective taking him to the theater 1300 times, in a silent film of 1916 and in the first radio drama dedicated to the character. Most of the stories are told in the first person by Watson who usually accompanies Sherlock Holmes during the investigation. When the character of Sherlock Holmes entered in the public domain, other writers tried their hand at writing short stories about the famous detective, inventing stories about aspects of the character little dealt with by Conan Doyle: his youth, the years of his alleged death, the encounters with characters. important of the company.

In Sherlock Holmes’ apocryphal novels of the 1960s, the detective confronts Jack the Ripper, cocaine addiction with the help of Sigmund Freud, anarchist groups on the Adriatic Sea, exotic adventures in the Far East. At the end of the nineties even the famous writer Stephen King is confronted with a story inspired by the famous English detective entitled nightmares and delusions.

The movies of Sherlock Holmes

The movies made on Sherlock Holmes are many: perhaps they are not among the must-see masterpieces in the history of cinema, but some of these films are absolutely enjoyable and worth a look to these 9 titles..

The thirteenth film about Sherlock Holmes starring the actor Basil Rathbone, protagonist of A long saga of films about the English detective produced by Universal. Holmes and Watson must defend the precious diamond and the Rhodesia star during a train journey to Scotland. A man is found dead and the diamond disappears. On board are several and bizarre characters including a young woman carrying the coffin of her newly deceased mother. The Sherlock Holmes adventure this time takes place not in the fog of Victorian London but in the 1940s. Interesting closed setting inside a train. Mystery and a humorous Watson character. Nice final twist.

Three music boxes playing different versions of the same song are sold at an auction house. A gang of criminals is determined to steal them and even kill them if necessary: ​​inside the music boxes there are secret codes. Holmes discovers that the music boxes have been sold at auction and goes to the home of the person who bought the second one to begin his investigation: he discovers that the numbers of the musical notes are related to the letters of the alphabet. But all three chimes are needed to be able to decipher the message.

Sherlock Holmes and the secret weapon

Sherlock Holmes infiltrates the Nazis to help a scientist, Tobel, save himself in Switzerland. The scientist has invented a high-precision bomb that can be the tool that will help win the war. To prevent the invention from falling into the hands of the Nazis, he creates an encrypted code and distributes a fragment of it to three other scientists who do not know each other. Shot during the Second World War, it is a film influenced by the war propaganda of the period, used in a political fantasy style to describe the so-called “intelligent weapons”.

Sherlock Holmes and the Woman in Green

A killer kills women and cuts off their little fingers. Sherlock Holmes and Watson begin to investigate. A man, George Fenwick, is hypnotized and convinced that he is the perpetrator of the crimes. Confirming his belief, he finds a woman’s little finger in his pockets. His daughter tells Holmes that she saw her father bury something in the garden with a suspicious attitude. When the woman digs into the hole, she found a human little finger there. The man is found murdered shortly after.

The Hound of the Baskervilles

The Hound of the Baskervilles is Doyle’s third Sherlock Holmes novel, the first written after killing his hero in what the writer believes should have been the detective’s last adventure, The Last Adventure. In London, in Sherlock Holmes’ office, a doctor asks Sherlock Holmes to investigate the death of his patient, Sir Charles Baskerville, Baron of Dartmoor. The man died in the garden of his house and footprints of a mastiff were found near the body. The baron had a phobia of dogs: he believed a legend that tells that the male heirs of the family are killed by a monstrous demonic dog guided by the spirit of a demon of an ancestor, Hugo Baskerville.

The Sign of the Four is a film based on the second, highly successful novel by Arthur Conan Doyle starring Sherlock Holmes. Published in 1890 it is one of the most famous stories of the private investigator. A prison warden learns about a prisoner that there is a treasure and promises him freedom in return. He takes possession of the jewels and kills his accomplice in order not to divide the wealth. Then he does not keep the promise made to the prisoner who, some time later, escapes from prison and kills him. The prisoner and his accomplices set out in search of the treasure. Sherlock Holmes enters the scene to investigate the case, between chases and clashes in the scenography of the city’s port.

The Triumph of Sherlock Holmes

The Triumph of Sherlock Holmes is a film based on the novel Valley of Fear by Arthur Conan Doyle. A criminal organization asks the evil Moriarty to take revenge on John Douglas, the police informant who sent them to prison. The murder is carried out and Sherlock Holmes, having retired to Sussex, learns of what has happened. Holmes abandons his retirement and agrees to return to action when his hated enemy Moriarty turns out to be an accomplice in the murder of the man with a mysterious past. The way in which Holmes develops the investigation leaves Watson and Inspector Lestrade perplexed, but the results come again this time.

A study in scarlet

A study in scarlet is a film based on Doyle’s novel A Study in Red, made with an original screenplay written by Robert Florey. Sherlock Holmes is played by Reginald Owen. James Murphy, a member of a mysterious organization, commits suicide. The members of the organization try to take over Murphy’s legacy. A woman, Eileen Forrester, joins the group and decrypts a secret code published in a newspaper. One of the members of the society is killed by a gunshot. Eileen passes out but when she recovers, Pyke’s body is gone. Sherlock Holmes begins to investigate, contacted by Murphy’s widow. 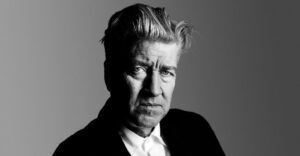 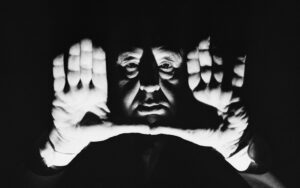