Once upon a time there was the West or maybe it still is.

Sumptuous homage to spaghetti western, which has one of its strong points in its atypical heroine. Sergio Leone , one of the great masters of world cinema. But also sublime artisans who chewed cinema with unique competence and ardor, like the performers and workers who then realized their happy intuitions on the set: Sergio Corbucci , Giulio Questi, Sergio Sollima , Duccio Tessari , just to mention some of the most important filmmakers.

The spaghetti western was an autarchic dream

Made of dusty landscapes and skilled workers, of italic creativity and an intelligent productive commitment, of admiration for good overseas cinema and of imaginative impulses, aimed at reproduce and appropriately modify the styles of the genre. But above all it is one of the areas we can look at with the greatest regret. Because it was one of the pillars of that once thriving Italian film industry.

And if of the horror and thriller a la Dario Argento , thanks to the good will of some isolated film-makers, every now and then you can catch a glimpse of some valid clone, much more difficult – also by virtue of the greater tasks on a production level – is to see an Italian who manages to approach the western successfully or in any case with appreciable results. At least until now…

An air of rebirth for spaghetti western?

Last December 17th, in a very well-kept setting, that event took place at the former Guido Reni barracks that allowed the Capitoline public to finally confront Gold & Lead , an independent western film by Emiliano Ferrera that has been talked about since production began.

Yes, because it hasn’t happened for some time to see an entire western village recreated just outside Rome, just to say; and to see the birth of an independent film project in the name of period costumes, painstaking attention to the reproduction of firearms and to the reconstruction of environments such as the saloon or the classic church in wood of frontier villages, with the timeless charm of other archetypes such as those barren landscapes crossed by colonists and gunmen on horseback.

In short, a confection of other times, prepared with craftsmanship and with genuine passion for that cinema that leaks from every shot. In some cases, formal care is already a sign of quality. Gold Lead there is also a compelling story to follow.

What we are witnessing is an undoubtedly dense, animated cinematic story, perhaps a little too compressed in its guidelines (in fact, the impression emerges that the parables of some characters could be developed more, after all, the initial idea of ​​the authors was addressed – and could also redirect – towards an intertwining of a serial nature), which manages to combine the basic quotationism, also given by the affectionate gaze towards the classics of Sergio Leone , with the emergence of some innovative elements, peppery, in line with the times. Above all, the fact that to move the events is a heroine as beautiful as lethal, Clare Peralta beautifully played by Yassmin Pucci.

A determined woman, among rough gunmen

Yes, leaving aside figures with a legendary aura such as Calamity Jane , western mythology it has almost always been stingy with glory for the female gender. The time would seem ripe for a partial change of course. Without going too far in the direction of a neo-feminist perspective that could have been equally forced, artificial, it is however nice that in this indie film give space to this atypical heroine, almost a Clint Eastwood in a skirt, who will reserve several surprises in the unscrupulous gold rush destined to overwhelm countless other characters.

The rough duels, the obsessive attention to the setting and certain narrative developments refer, as we have remarked several times, to the so marked and eloquent style of Sergio Leone , but in the adventurous air there is no lack of potential transfigurations of American westerns, for example Mackenna’s gold ; or even characters that can make you think of the twilight setting of Sam Peckinpah’s films, like that cowboy with a more fragile, sensitive air, who in this western film seems almost the counterpart (including the look) of the unforgettable storyteller admirably played by Bob Dylan in Pat Garrett and Billy Kid . 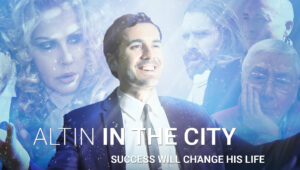 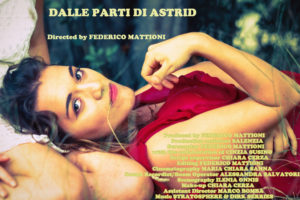 About Astrid, a teenager looking for herself 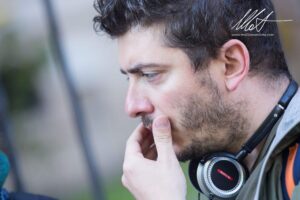