Germany is certainly among the most vital and innovative countries in the history of films of the 1920s and 1930s. In addition to being the homeland of expressionism, kammerspiel and The New Objectivity are also established, with a long series of dramas and historical movies. The kammerspiel, which means chamber acting, is a theatrical and musical avant-garde movement that also contaminates cinema, launched in the theatre in 1906 with the theatrical performance of Ibsen’s Ghosts at the Deutsches Theatre in Berlin, and which strictly respects the principle of three unity: unity of place, unity of time and unity of action. The story has as its main focus the relationship between actor and camera.

The acting is minimalist, essential, focused on making the viewer perceive even the slightest expressive nuances of faces. The locations are realistic and overwhelming: they are the visual metaphor of the characters’ condition of suffering. It includes a small number of films, but all of them are very interesting. They are inspired by Max Reinhardt’s experiences and they are almost written by Carl Mayer , with precise rules.

These are stories set in petty bourgeois environments, dramas of desires, grudges and threatening presences of fate. But above all, they are films shot with a total unity of action, place and space. The idea of the filmmakers is to tell exclusively through images in a totally cinematic way without the aid of captions. Kammerspiel such as The service staircase, The rail and New Year’s Eve tell inevitable dramas caused by the human condition and the mediocrity of everyday life.

These are little everyday stories that take on tragedy proportions. At the same time, historical cinema was affirmed in Germany. Inspired by the success of the German popular tradition and the Italian historical film, but with a greater capacity for staging, to move hundreds of extras and to use the sets. The director Ernst Lubitsch specialised in this genre at the beginning of his career, who later became interested in comedy especially in his trip to Hollywood, creating a unique style nicknamed Lubitsch touch .

Director Joe May specialises in another genre, a mix of genres between drama, exoticism, detective story and magic, as in the film The Indian tomb, written by Fritz Lang and his wife Thea von harbou. Fritz Lang will also make an extraordinary film, considered one of the most successful projects in the Kammerspiel, The Last Laugh , which, however, also draws on other styles and contaminations, such as expressionism.

The dramas and difficulties of metropolitan life in Berlin in the 1920s favour the success of many drama films set on city streets. The difficult world of working-class neighbourhoods, where weak people live a life of humiliation and suffering, without any possibility of redemption.

The kammerspiel and The new objectivity move in the opposite direction of expressionism and are interested in the reality of Germany of the time, but always with a strong artistic imprint of the director and his vision, without yield to objectivity as an end in itself.

The outcasts of the city

A world of thieves, criminals, prostitutes and murderers living in the poorest neighbourhoods, but also rich bourgeois who try to change their lives and win against their frustrations without success. The expressionist style however influences this visual research on reality. The fears and anxieties of the characters on the screen are represented with visual technical solutions of great impact, with a fundamental importance of the shot.

Sometimes they are female subjects destined for failure by social laws or love disappointments. Varieté by Dupont from 1925 instead tells the drama of a former prisoner forced to suffer violence, with great expressiveness. Joe May, who had previously worked in historical dramas, also makes a film that makes the new reality of German cities particularly vividly, Asphalt from 1928.

Street dramas reach their best result in Pabst ‘s cinema, which manages to combine objectivity and great expressiveness in his films. The actors and the objects filmed seem to acquire a heavy, objective, corporeal, almost physical presence in his cinema. The heavy materiality of the things and people of city life acquires a singular value in Pabst, an expressive force that deforms reality in a grotesque way, thanks to the angles and light used in an innovative way. Pabst is able to alternate close-ups and close-ups, details and wider shots with a quick editing and with a unique fluidity and technical ability.

The mysteries of a soul from 1926 is one of his first films, totally dedicated to psychoanalysis. But the director offers the best of his production in street dramas, recounting despair, humiliation and frustration in films such as The Joyless Way , from 1925, Lulu from 1928 and The Diary of a Lost Woman from 1925. Films that tell stories of sensuality, oppression, desire and crime. Louise Brooks gives face to a particularly suggestive character, in a story where sin and power meet to make the characters fall into temptation and evil, with images of great intensity.

The most radical cinematographic experiences are linked to political and ideological projects of staging the misery of the most disadvantaged classes of the capitalist metropolises. They are more realistic films that touch the border with the documentary and try to accurately represent the condition of poverty in the popular neighbourhoods of the cities. It is a cinema of denunciation of social injustices, of class relations, which was born as a model of cinema engaged within the left-wing parties. The cinematographic experiences in the period of the Weimar Republic therefore establish very heterogeneous cinema models and visions of reality in Germany.

A current with greater strength in metaphors and symbols, which gives priority to the image and the single shot over the entire sequences and narration. The deforming and figurative expressionist cinema of Lang and Murnau. On the other hand, there is a more objective cinema that represents and describes reality with an analytical montage and a classic narrative that gives less importance to the figurative aspect of the single image. It is a cinema that tells the objective reality that will be called The new objectivity , which also includes a more conventional and standardised genre cinema, which prefers paths and dramaturges functional to the structure of the story. 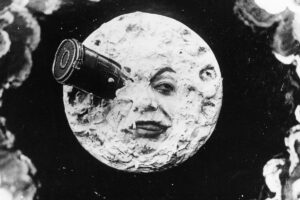 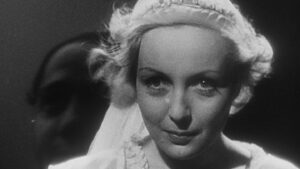 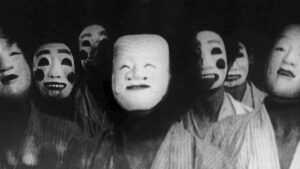