René Clair, from the avant-garde to realism. Who was he, what films to see

René Clair was born in Paris in 1898. Worldwide he is considered one of the most important directors of French cinema, of which he interprets and summarizes the highest part of history, a role later assumed by François Truffaut.

Who is René Clair?

René Clair is well known in Anglo-Saxon countries and in Italy. In his search for a universal human comedy beyond history and technical evolution, it is the artist who connects Charlie Chaplin to De Sica, long before the angry youths of the Nouvelle Vague.

Cinema is the fundamental interest of René Clair’s entire life. He practices both criticism and filmmaking with enthusiasm. In fact, one of his articles on cinema is entitled The son of the century waiting for a film. At the same time he identifies with the future developments of the seventh art therefore from the beginning he chooses an eloquent pseudonym that combines rebirth and clarity.

However, he is not very different intellectually from his comrades of the avant-garde. Born and raised in the environment of the Parisian commercial bourgeoisie, he knows the now declining charm of the Belle Epoque, the refinements of a declining symbolism. His first writing published in 1916 is a farewell to Emile Verhaeren. There is also the drama of the great war which pushes literature to a certain sterility.

In this great disillusionment he approaches Delluc, Abel Gance and characters like L’Herbier, who embarked on a film career before him. On the other hand it is equally close to Dadaism and a surrealism which favors cinema as a counterculture, pure expression of the unconscious. It is precisely this that makes his situation singular.

Starting from the chronicles of 1922 entitled Intransigeant, or to the magazine Films, of which he is editor-in-chief, while praising and appreciating the visual strength represented by the great North American authors such as Douglas Fairbanks or Charles Ray, Charlie Chaplin and Stroheim, Claire begins as a predecessor of Truffaut to attack the French cinema, a film production polluted with literary references and artistic ambitions that hide behind the plastic research of the avant-garde.

René Clair is probably the first cinephile director-actor of the history of cinema. According to Clair, we need to go back to the inspiration of the early cinema, to the tradition of the 1900s, hidden by the pretensions of the art film. According to Clair, we need to go beyond language from the avant-garde, to which it confers at the same time a retrospective dimension road.

As if the seventh art could regenerate itself only by going back to its origins, forgetting everything learned and going in search of one’s own maturity by trial and error. The misunderstandings relating to his first films originate from this conception of cinema: they seem to be the apex of cinematic modernity from which they distance themselves.

The Invisible Ray and Entr’acte

The Invisible Ray, shot in extreme conditions thanks to patron Henry Diamant Berger, is an experimental film that scoffs at excess expressionism and the Cabinet of Doctor Caligari, and uses the most naive editing tricks of early cinema to revive a primitive marvel.

Entr’act, the subject of whichdown in a few lines Francis Picabia, brings together the Parisian cultural climate of the crazy years, from Marcel Duchamp to Marcel Achard, and the tics of wroteautomatic writing to rediscover the relentless rhythm of old style teachings .

The young filmmaker engages in a burial of the avant-garde, in a decomposition of the founding principles of the cinematographic movement.

From the beginning it justifies the admirable definition that André Bazin gives of his art “The stylization of characters and situations, the reduction of the world to a moral conjuncture, in René Clair coincides splendidly with the very essence of cinema, which is image and movement “.

His work is that of a moralist, because he was able to rediscover the morality of cinema. It is as a moralist that Clair unveils in the novel Adams, of 1926, the enchanting devices of Hollywood, and in a 1927 conference he claims The Cinema against the spirit.

After a few transitional films, the most successful of which is probably the least ambitious, The Prey of the Wind confirms his status as a negative author with two adaptations from Labiche: The Italian Straw Hat and Two Timid Souls. In them he demonstrates the self-sufficient resources of the mental imaginary to which he entrusts the task of resurrecting a rhetoric vaudeville shattered, that is, the fantasy of the old Pathé films.

With the success of these films, René Clair becomes the spokesperson for a French cinema in full identity crisis, withdrawn into a dream golden age prior to 1914. Since then, with Feyder in the United States, and Gremillon and Epstein marginalized, Clair is the only one to guarantee the continuity of a second avant-garde reconciled with realism but intent on pursuing beyond the sound the oneiric component associated with the cinematographic art of the silent.

It gets around the obstacle of the heaviness and the necessary budget of live sound recording by using the audio track in a totally different way: the image does not coincide with the sound, the actors converse through a glass door or in the dark, the sound of a rugby match is the backdrop to the contest for a jacket. He uses music as the main theme of the story, but also creates a small world where the microcosms of the dream of his first films survive. With the association of sympathetic and anachronistic figures he cultivates the utopia of a community of comrades on the margins of history.

With a team of collaborators such as George Perinal, Lazar Meerson and Maurice Jabert, he reconstructs in Epinay’s Tobys studios the quintessence of France, dominated by benevolent light and abstraction without harshness. The tone of the film Under the Roofs of Paris is clear from the beginning: with a spectacular overview that reviews all the inhabitants of a building, accompanied by a refrain that rises from the street, René Clair inaugurates few years in advance the Poetic Realism, later popularized by his assistants Marcel Carné and Lacombe, while prolonging the fiction of a still homogeneous society.

This explains the dialogue submerged by music or visual metaphor and the formidable success of the film abroad. Then surpassed in 1931 by that of The Million, a new adaptation of a vaudeville, a chase in which René Clair replaces the text with an improvised subject modeled on poetic stanzas that are integrated into the scene.

He transfers the formula ofinto the sound film The Italian Straw Hat and invents one comedy French music destined to remain a success with no future even in his work: Freedom for Us and The last billionaire reveal a growing gap between this operetta poem and the darkening of the social and political horizon. The irruption of machinism and totalitarianism are the subject of an anarchist game on representations.

After this period he made his absolute masterpiece, Bastille Day. Minimalist evocation of a Paris that is a kind of Lost Paradise, in which René Clair describes with extreme rigor a world that has disappeared forever. The success of The Last Billionaire leads him to accept Alexander Korda’s invitation to work in Great Britain. There he made two enjoyable satires of the macabre Anglo-Saxon The Ghost Goes West and Break the News, in which his taste for ghost stories reappears.

But when the idea of ​​an unlikely Neorealism comes to his mind with Air pur of 1939, an attempt interrupted like 10 years before the project of An investigation is open, the war forces him to another exile in Hollywood, where it uses what will be defined by the Americans aswith remarkable effectiveness Clair’s touch. It confronts the stereotypes of US genre cinema: the comedy sentimental in The Flame of New Orleans, the fantastic fable in I married a witch and It happened tomorrow, the mystery in And Then There Were None.

His style remains that of French irony but the price to pay is a strict control of his own creative independence, an increasingly deep-seated obsession with mechanics, creative process planning and script. The French films post-war fascinate above all for the meticulous quality of construction: his creativity is now totally dedicated to varying the issues addressed in the past by perfecting his own style.

The fidelity of the artisans of primitive cinema as in Silence is golden, The Faustian ghost as a frustrated metaphor of cinema in The beauty of the devil, in which he evokes the dangers of nuclear power. The ascent in time and the stereotypes of the unconscious in Night Beauties, the back story prior to the war in 1914 in The Grand Maneuver.

While reconstituting a troupe of actors with whom there is a certain complicity such as Gerard Philippe, René Clair seems to want to return to the field of quality cinema dominated by 1900 nostalgia and soon the object of denigration by younger colleagues. Cruel paradox because Clair is the first full-fledged author of French cinema capable of imposing the command of a single individual in all creative phases.

But this being a total author is not manifested so much in the enhancement of the direction or in the direction of the actors, but in the scrupulous preparation of the screenplay that allows him to protect himself from the unknowns of editing. It often happens that after the war René Clair entrusts the production of a sequence to the assistant director.

His authorship merges with a very literary idea of ​​cinematographic practice, conceived more and more as a necessary step to embody with the actors and the real world an ever elusive dream, that of a film. the fact that he is the first filmmaker elected to the French Academy, as well as the return to the works as a man of letters with theatrical adaptations, collections of short stories, evocations of his own career in a text entitled The cinema of yesterday, the cinema of today, trace a deep gap with the new generations.

It is the coherence of a too idealistic vision of the art week that history and real facts will completely reject. Instead, it states a cinema encoded by genres and a standardized language, where due to advertising and business needs, it is no longer possible to distinguish between arthouse and commercial films. 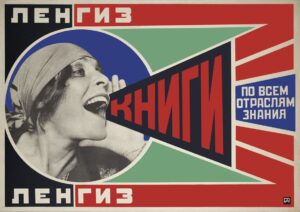 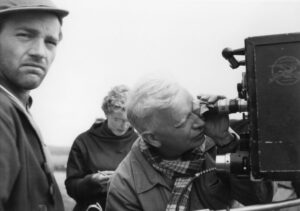