The planet earth is not, as many think, a mass of rocks, water, fire and gas. On planet earth and throughout the universe, things work wonderfully, with incredible mathematical precision. There is a kind of universal consciousness which has its own personal growth on a cosmic level. It does not happen, it cannot happen that the sun one day behaves like a lazy man. “No, today I am tired. I think I will rise a couple of hours later.” No, it does not happen by mistake that a sparrow is born that by mistake emits The roar of a lion. It does not happen that a flower that is born in one traffic island says that it was better not to be born and give up existing. No, This is a military universe where the experience of life is the training necessary to evolve. Either you rise or you disappear, said an inscription many years ago on a wall of a seafront.

Planet earth is not a mass of rocks, fire, gas and water: it is a living being and has a conscious soul. Planet Earth is a thinking being of the universe that makes its own decisions, proposes solutions. it never happens that the planet Earth asks for a week off because it is stressed: it knows well that this is a universe of iron discipline and we must also respect the seconds. The mechanism never stops, with monstrous precision, it goes on day after day, for millions of years, and thanks to this implacab the mechanism that you can stay alive, breathe, live and take advantage of all resources.

The idea of ​​passive life that Western man has created in his mind is totally absurd: to pretend that all the comforts we use are invented by someone else, that progress does not concern us. The earth is not a planet where you already find everything you need: you have to do your best, find ideas and build what you need. Otherwise it would be normal not to have a sewer system and continue to throw excrement out of the windows, as in the Middle Ages.

Universal Consciousness and a Materialistic Lifestyle

Since childhood we have become accustomed to the fact that everything is fun. The teacher strives to make a fun lesson, the textbook is full of colorful and funny figures. Then as we grow up we keep the idea that everything in life has to be fun. Instead we find that life requires a series of difficult tests, to be faced with tenacity and audacity. But children used to having fun become adults unable to face even the smallest difficulties. Adults who, instead of trying to find solutions and ways out, prefer to succumb to their laziness.

The planet Earth is aware of the problem of human beings: a species that is not at an animal level but that has difficulty in reaching the spiritual level that is required of it. Indeed, a species that, after having reached important heights in history, has set its lifestyle in recent centuries only around the enjoyment of its physical body, the pleasure of the senses, scientific materialism, the illusion of making sense of everything with matter.

But the daily affirmation of the universe that devastates the minds of the materialists of politics, economics, information, among ordinary citizens, is always the same: life is a mystery and every manifestation of it cannot be interpreted only by the material point of view. It is the spirit that dominates matter and shapes reality. Everything that civilization builds is the work of the Spirit. Even that house, that table, that chair that you have in front of your eyes is the result of a spiritual work. The confusion that reigns on planet earth is the result of the confusion of the spirit of individual people.

Are there any signs of a universal Consciousness?

Perhaps the pandemic could be a signal of universal consciousness, of the consciousness of the universe? A sign that says: look, you have built cities that are prisons, gigantic gatherings where people live very badly, in buildings that look like cages. You have to live sustainably, you have to acquire more space.

Perhaps it is a sign that means: the moment of life is over enjoying in restaurants, shopping centers, the days lost in senseless hedonism, the work just to bring home a salary. The time has come to look within, to read, to research and to raise one’s awareness towards higher goals, compatible with global well-being.

Perhaps it is a signal that means: stop and stop your crazy productive and economic activities that generate pollution, so that the seas and skies can regenerate, so that animal species can return to regain possession of the territories that have been denied them.

Perhaps it is a sign that highlights that the human species has not behaved so well in recent centuries, that its economic, political and social beliefs are contradictory and lay their foundations on papier-mâché. A scenario that collapses at the first breath of wind because it does not have the solid foundations of ethics but is held up by fragile selfishness.

But it is sad to see that the signals are not interpreted or even not received at all. Most of humanity insists, more dull than ever, in its hopeless materialistic view.

They do not see any message, they do not admit the existence of any universal intelligence, but only an unbearable inability to fill their stomachs in a restaurant, to go to an aperitif with friends or return to enjoy freely in the state brothels. They rant against the end of the unsustainable economy, desperate for the loss of their jobs, trying to destroy the robots that arrive to replace them. They absolutely refuse to look inward because they find a void that makes them dizzy and leaves them breathless. The only way to fill that void is to get back to normal daily activities as soon as possible.

But even if the worst inept of a population end up governing states, large-scale developments do not come back. The planets, the universes do not change their minds because an idiot elected by a people of idiots said so. The evolution of the military universe goes on relentlessly: either you rise or you disappear.

Thanks to the long and repetitive narration of the mainstream channels, many people have been led to think what they wanted them to think: the virus is death and the vaccine is immortality, the definitive antidote, to return to enjoy our materialistic life. All mainstream narrative has continually, forcibly, obsessively associated images of death with covid, creating thought forms of fear and terror that have created irreparable damage.

When those who manage governments and information are incompetent, the results are disastrous. The mainstream is one of humanity’s real great enemies: we live on a planet where these sectors are run by completely dull people. Millions of people who work in politics, in newspapers, in television, in cinema, in healthcare completely incompetent who seek the satisfaction of their ego and their materialistic lifestyle.

The data that disproves the terror

There are thousands of pieces of information that confirm the opposite of the thought forms of terror. A health minister, for example, who repeatedly declares publicly that he has no idea what’s in the vaccine and whether it works. Isn’t he the Minister of Health? It is said several times by the so-called “self-appointed” experts that there are serious doubts about its effectiveness, that even after having done all the necessary doses it is possible to get sick and infect others. How do you explain it?

A team wins the championship and in its city becomes the largest gathering of the year for 24 hours. People who hug each other everywhere, who copulate in the streets. The great experts immediately predicted the catastrophe and the raising of the contagion curve. Instead nothing, even a lowering of the curve. How do you explain it?

Sweden was the most liberal country in dealing with the pandemic: it did not even impose a mask, the activities remained open without any lockdown, relying only on the responsible behavior of citizens for distancing. Result: on covid shelters there is no difference between the countries that have applied strict lockdowns and collapsed the economy and Sweden. Sweden is coming out of the pandemic just like other states, but without any restraining measures. How do you explain it?

The Green Pass is an attempt by governments to test how far they can go. In Spain it has already been canceled for unconstitutionality and this is probably the end it will end up in most countries. Countries with the lowest awareness populations will arrive last, as usual.

The ethical values ​​of universal consciousness

In a perspective of planetary evolution of universal consciousness, the virus is the most sensible thing that has happened for 5000 years: it wants to communicate to us that our lifestyle, our beliefs, our type of economy are wrong and you have to reset everything, you have to start over. Those who follow the insane guidelines of governments lower themselves to a level that makes any raising of their awareness ineffective: instead of interpreting the signal correctly, they follow the path of materialistic self-destruction, of dying capitalism.

He can return to enjoy in restaurants, cinemas and state brothels. Those who have used their time well during this pandemic have evolved on another level, they have understood that the world as it is is no longer good, that we need to reformulate our beliefs, change lifestyles. Work in accordance with the ethical values ​​of universal conscience.

Discover the films in the spirituality category to explore the spiritual and transcendent realities of the world in which we live. Sign up and start a free trial 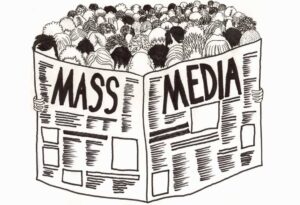 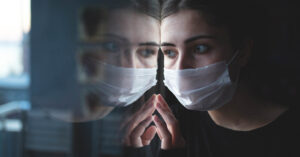 Loneliness, what is it and how does it arise? 4 films to understand and overcome it 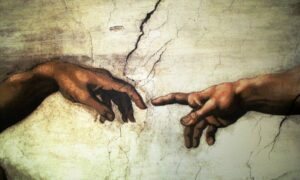