What are arthouse films? Understanding better what cinematographic art is

There is today a great confusion about what arthouse films are, a discussion that has been going on for more than a century. Is cinema art or entertainment? Great mass show or creation capable of inspiring and improving society? How related are arthouse films and independent cinema? Since the big studios and the propaganda system have conquered the total monopoly of the world cinema audience, cinematographic art has become a cauldron in which to put things that have nothing in common. To understand this concept, first of all we need to understand what art is.

Art is one of the fundamental expressions of the human being and has the precise function of increasing awareness, understanding of invisible and spiritual worlds, revealing the mysteries of life. In every great civilization, such as ancient Rome, Persia, ancient China and India, art has been at the center of society, closely linked to spirituality and political life.

Art and the development of civilizations

In ancient Greece, for example, philosophers and artists played a role of fundamental importance: they were true political and spiritual guides who also inspired decisions on the development of daily life. Every evolved civilization has had art among its fundamental points. But when did the annihilation of art in modern history take place?

The passage is evident: the degradation of art occurred when the patrons and producers were no longer individuals with the interest of expanding the consciences of the population. From a tool of spiritual inspiration, art has become an instrument of political and ideological propaganda and has mixed with forms of mass entertainment.

Art-house films and the mass media of the twentieth century

Cinema was born in a period of enormous changes in the mental plane of humanity, an era of very rapid development of the mass media. Films are absolutely not born as an art form: at the beginning they present themselves as an extraordinary invention, a physical phenomenon of reproduction of reality. The Lumière brothers in fact used the Cinematograph as a documentary reproduction tool of reality.

George Melies brought cinema to the world of art with imaginative sets and fantastic stories, by hand painting the frames of his short films. But the cinema had not yet managed to shake off that brand of freak, village festival entertainment. A brand that will never be able to take off, at least until today.

What are arthouse films?

Returning to the fundamental question, so what are arthouse films? What can be considered cinematographic art and what not? The first big misunderstanding is that the public is now used to considering cinema as a fantastic world where extraordinary budgets are invested and where we see the faces of famous actors, almost mythological beings.

All this obviously has nothing to do with art: the greatest masters in the history of painting and literature have created their works without any budget, simply using their creativity. If you have a lot of money to buy expensive canvases and paints or to buy precious blocks of marble this does not mean that you will paint an extraordinary picture or that you will create a sculpture destined to remain in the history of art.

Most of the great works of art of world literature have been written with a sheet of paper and a pen. The greatest paintings in the history of art were painted with a simple canvas and a brush, and the art market did not attach any value to them. The human being needs a long time to understand what has value and what has no value: very often he makes errors of evaluation. It is often very suggestible, manipulable.

What are arthouse films? Is cinema art or entertainment?

The first criticism made of such an argument is that cinema is different from the other arts: it needs technology, a technical crew, famous actors, sets and special effects. It’s not true. It was not true in the days of the Lumière brothers and it is even less true today, when streaming technology allows you to do anything with costs close to zero. The truth is that great ideas, inspiration and creativity can be imposed beyond any budget, any material wealth.

Everything revolves around the vision of the artist, of the filmmakers who with little or nothing can create extraordinary images and stories. If independent cinema often produces things of lesser value than mainstream cinema, the cause is the lack of ideas and vision of independent filmmakers who try to imitate the model of mainstream cinema, in an attempt to become famous and to gain public attention. .

What are arthouse films? Great shows and works of art

Mainstream cinema looks a lot like a circus show, a football game, a fireworks display. The art-house film, on the other hand, is something that should be enjoyed with respect and sacredness, as you do when you visit an important museum or an art gallery. The great mass spectacles have a completely different function from art. They have existed since ancient times: the gladiator shows of ancient Rome did not have the function of expanding awareness and civilization, they were only moments of mass excitement and entertainment, a liberating outlet of impulses and emotions.

The propaganda system, very aware of the power of cinematographic art, has transformed films into a means of mass communication, a great liberating entertainment show through which fashions, lifestyles and values ​​of entire society. Cinema is still in its infancy compared to the other millennial Arts: it is like a naïve child who can easily be trapped by more crafty and more experienced individuals.

But the watershed between art film and entertainment film is very simple: the arthouse film serves to expand the awareness of the individual and to evolve civilization, while the great entertainment show serves to excite the masses through emotions and sensations. They are two types of films and two completely different audiences, who have different needs.

What are arthouse films and what is their audience

The viewer of art films, just like the user of works of art, is looking for a higher inspiration, an expansion of his meaning of life. The spectator of entertainment films is looking for escapism, strong emotions, the astonishing stunning of special effects.

This does not mean that the great spectacular film does not have the same dignity and the same need to exist as an art film. It doesn’t mean that an entertainment film can’t also include a certain amount of genuine artistic pursuit. It simply means that the overall vision with which the two types of films were made are completely different and go towards different goals.

Today’s cinematic audience is really confused because even what is considered arthouse cinema by all has been monopolized by the film industry and large film studios. From the first appearances of the great art films in the 1920s, the great film studios understood that that niche, aimed at a certain type of public, was profitable.

They immediately created special departments for the production of arthouse films with the aim of conquering that particular market. In this way, even the public in search of inspiration ended up in their network, with the possibility of creating thought forms, fashions and lifestyles even for the kind of people who otherwise would not have been interested in their mainstream productions.

90% of what is now considered art cinema is actually produced by the same system that makes entertainment films: perhaps this niche does not make them big gains: the public interested in this search for awareness is limited. . But it allows the great studios to conquer the cultural, philosophical and spiritual leadership of the contemporary world.

The problem is that the same entity cannot pursue such different objectives, which go in diametrically opposite directions. The system’s arthouse films do not have that depth of vision typical of true work of art that offers life-enhancing and inspiration. They are caricatures of the work of art, pale imitations.

The history of cinema is what remains

In the 1920s the great arthouse films were made with limited means by the will of individual filmmakers: the world of cinema was still in great ferment and development, there were dozens of artistic avant-gardes that developed even through movies. Today the films that reach the general public are exclusively the films produced by the system: if you are not in a certain system you do not have the distribution to reach the public.

Time, however, is an merciless judge and cancels all clumsy attempts at false cultural and artistic leadership. Time is like Hamlet’s mill which filters only what is needed and has value. Technology continually creates new scenarios that make old systems based on market monopoly fail. Cinema is no exception: streaming has democratized the ability to distribute films around the world.

But what is the definitive answer to the question “what are arthouse films?”. The answer is that an arthouse film is a work of art that provides inspiration and the search for truth to the individuals and societies that are seeking it. Individuals and societies who do not seek them, who instead seek leisure, entertainment and strong emotions, do not evolve, and are destined for constant regression. This is what has been happening for some centuries, especially in the West. Fortunately, somewhere, there are individuals who go the opposite way, and they will take charge of dragging the heavy ballast. 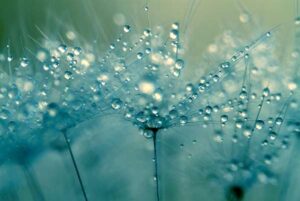