David Wark Griffith had been a bad actor who occasionally worked in theaters in provincial towns and urban ghettos. During those years he was well acquainted with the psychology and way of thinking of the sub-urban proletarian and the people of the small towns, better than any film producer in business at the time. They were people who adored low quality plays, often mediocre tragedies or comedy. They went mad for blood and crude farce. Good and evil had to be clearly divided: the good and the heroes on the one hand, the bad and the evil on the other.

David Wark Griffith is one of the most famous directors in the history of cinema, inventor of the basis of the language of cinema. The importance of him is essentially due to two blockbuster films: Birth of a nation and Intolerance.

But the director had already made many short films and had been conducting research on the language of cinema for some time like many other directors-pioneers of early cinema. David Griffith has credited himself with The Invention of analytical editing but today we know that this is not the case. The real inventors of framing as the basic unit of cinematographic language were directors of the Brighton school.

Before them, such as in Méliès films, cinema was thought of as theater. A single total shot of a fixed scene where the action took place entirely. The Brighton filmmakers were the first to understand that instead of the basic element of filmmaking, it was the shot and not the scene. Above all because with it you could show details and expressions of the actors decisive for a more in-depth narrative development.

The great celebrity of Griffith’s two colossals attributed to the innovation of the cinematographic language is actually one of the first cases in which the big film studios plunder and attribute to themselves inventions actually created by independent filmmakers. The directors of the Brighton school were craftsmen exactly like George Méliès. They also became known outside the UK. But they didn’t have David Griffith’s great advertising resources available.

Griffith, however, thanks also to economic resources, manages to organize these new codes of the cinematographic language in a more structured way. He probably uses them in a more convincing way and shows them in a context of high impact images

In 1910 David Griffith reviewed the biography of him his production company Triangle film Corporation. At Biograph, the production company he worked for, they didn’t want to give him bigger budgets to carry out his ambitious projects. Furthermore, at Biograph the producers had total control of the film and did not insert the director’s name or the actors’ name on the posters and advertising material. Triangle film aimed to make historical, western and comic films. He wanted to satisfy all the demands of the public with the main genres of the time.

Birth of a nation

Griffith wanted to sign his films. Furthermore, he wanted a creative autonomy that was not granted to him. He then decided to independently carry out his colossal Birth of a Nation.

Griffith, who evidently was not only a good director but also a capable business man, managed to find a huge budget for his film, higher than any other film made up to that point. About a hundred thousand dollars at the time.

The film tells the story of the American Secession from the point of view of two families lined up on two opposing warring factions. The director heard the story a lot about him because he came from a southern family that had been ruined by the war. Filming lasted nearly six months and Birth of a Nation was released in early 1915 in American cinemas. The film was harshly criticized for portraying members of the Klu Klux Clan as heroes. Griffith was accused of racism.

But Birth of a Nation is presented as a work that will forever revolutionize the history of films. A long editing work will produce a film with an engaging rhythm, very different from the films seen up to that point. A score for images, a rhythm that tends to climax in the final part of the story, as we are used to in modern cinema.

The camera is very mobile and captures the scene from different angles and points of view. Although this is not the first time you have seen cut-outs in close-ups and reverse shots, no one has ever used them so dynamically. Editing becomes a tool to excite and make the director’s vision understood.

David Griffith was inspired by the Italian historical blockbusters that he had been fascinated by and that he wanted to imitate, but he had created something more innovative. Griffith’s vision of the world and human is much less convincing. It is a Manichean vision that divides good from evil, good from bad in a rather stereotypical way. With the sharing of the racist vision of the two novels of the Baptist pastor Thomas Dixon from which it is based, very deplorable.

But the birth of a nation was a resounding success and the controversy only increased its publicity. It was also this success that probably contributed to the fame of the film as a new form of cinematographic language. Probably in the same period, even more innovative imagery stories of Birth of a Nation were made. Movies that have been lost or forgotten.

Birth of a nation was seen by millions of Americans and marked their imagination. It also changed the approach of the American film industry which realized that a lot of money could be made by spending a lot on the production of expensive blockbusters. Birth of a nation is the first seed from which the great Hollywood studios developed in the following years.

As a director he only made one other film, Intolerance. His strongest motivation was to give an answer to millions of people who had accused him of racism. David Griffith said several times that he was misunderstood and that racism was not his point of view of him in Birth of a Nation.

So I make a huge colossal divided into four stories that showed intolerance among human beings through the centuries. In one of the stories he reconstructs Ancient Babylon with incredible sets, thousands of extras, spectacular costumes. An almost 3 and a half hour long film that takes the viewer on a journey through 2500 years of history.

Once again David Griffith creates something amazing that has never been seen before, and introduces a technique that has made famous directors much more modern: the parallel editing technique.

In fact, the four episodes of the film alternate continuously with each other as the story proceeds towards the conclusion, divided into chapters by the image of a woman, the famous actress Lillian Gish, who moves a cradle in a room empty illuminated by a ray of light. A symbolic image that represents the passage of time.

The film is full of grandiose camera movements made with tall cranes or even with hot air balloons that take off to enhance the gigantic scenes of Intolerance.

The film was produced by Griffith himself with the great Birth of a Nation earnings. The director created a huge advertising campaign by putting his name everywhere, in an excess of megalomania and self-centeredness. He wanted to get rid of the weight of racist accusations that weighed on his shoulders.

But the film was a total fiasco. He tried to reassemble several versions in the following years to meet the public’s favor. In fact, there are countless versions of Intolerance. But it doesn’t do any good. Griffith lost much of the fortune he had accumulated with his previous film.

So much so that a few years later he had to close his production company and go back to work for others. His unbridled ambition and self-centeredness, and his urgent need to shelter his public image as a racist with a new film, had cost him bankruptcy.

Intolerance also appears to be a waste of money and resources that is not always necessary, a grandiosity of staging as an end in itself. Griffith had wanted to exaggerate and celebrate himself by overcoming the limits of any previous film production. That didn’t work out.

The use of editing she had done in his films nevertheless marked future productions forever. A few years later the directors of the Soviet school took his work as an example to look for new ways of expression in cinema. Cinema was never the same. Scenes begin to be segmented into various shots in ever more ingenious and complex ways. Editing became the main tool to establish a relationship with the characters, to excite, and above all to give the director the personal vision of a certain event that comes to life on the screen. 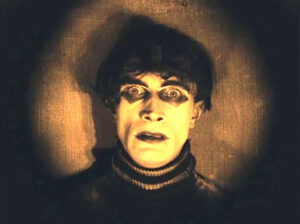 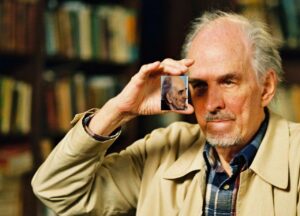 Ingmar Bergman: the films to watch by the great master of cinema 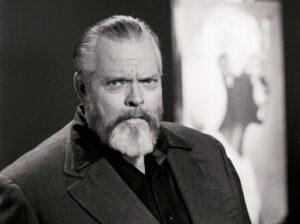